1968 - The first decimal coins appeared in Britain - the 5p and 10p pieces which replaced the 1 shilling and 2 shilling (florin) coins.

1985 - Coca-Cola announced that it was changing its 99-year-old secret formula to New Coke. It was not successful, which resulted in the resumption of selling the original version.

2005  The 1st video was uploaded to YouTube The first video uploaded is titled, “Me at the Zoo,” consisting co-founder Jawed Karim standing in front of an elephant at San Diego Zoo.

World Book Night - encouraging the world to share in the pleasure of enjoying a book – in print, in or in audio

What is Prince William’s second name?

75% of us agree that our smartphone has made us spend more time doing THIS! What is it?

I may splinter but I do not break!

35% of the people who use personal ads for dating are already married.

Win a Men in Black suit bag and tie.

The UK will have to live with some disruptive social measures for at least the rest of the year, the government's chief medical adviser has said.

US President Donald Trump has signed an executive order to temporarily suspend the approval of some green cards.

The Premier League is considering making some behind-closed-doors fixtures available free-to-air when the season restarts, the culture secretary has said.

Gordon, Gino and Fred get their spurs on and play cowboys in Texas (ITV), a couple are building a home at the top of a sheer cliff in Grand Designs (Channel 4) and BBC1 hosts a night of fundraising with the return of Peter Kay during The Big Night In.

‘The Big Night In’ is on BBC1 tonight from 7. Children in Need and Comic Relief join forces to raise funds for frontline charities. Sir Lenny Henry, Matt Baker, Zoe Ball and more host from their homes while Gary Barlow, Catherine Tate and the stars of Strictly Come Dancing entertain as well as the return of Peter Kay!

Wales' health minister was heard swearing about a colleague during a virtual sitting of the Welsh Assembly when he accidentally left his microphone on.

He's also posted a video thanking NHS staff for their work in combating the spread of Covid-19.

He and his family have been in lockdown in Spain since March 14, with the country having imposed some of the tightest restrictions in Europe to combat the spread of Covid-19.

Madrid, according to The Guardian.

Bale made his donation to the Cardiff and Vale Health University health board, which is linked to the hospital where he was born.

David Moyes has been working hard – as a fruit-and-veg delivery driver.

Prioritising the needs of the elderly in his local village by the Lancashire seaside, the West Ham manager answered an advert to ensure he could do his bit to help solve problems during this time of lockdown.

Moyes revealed: “When the coronavirus first hit here, I was in a fruit-and-veg shop in the village.

“There was a thing up in the window that drivers were needed. So I volunteered, as my wife was away at the time and I was on my own.

“All I was doing was dropping it at the door, knocking and then going away. It was beautiful big boxes of fruit and veg.

“I thought, ‘This is great!’ I was really enjoying it. Going back to the shop to get another lot and then filling the car up.”

Twentysomethings may have the sharpest minds — but over-70s have a superior way with words, the Great British Intelligence Test has revealed.

An  online test — developed in tandem with neuroscientists from Imperial College London — has been taken by more than 250,000 people from across the UK.

Researchers found that our ability to solve problems appears to peak in our twenties — and then declines steadily as we get older.

As a result, the experts say that forty-year-old adults have the same problem solving capacities as their twelve-year-old children.

However, it's not all bad news for those of us getting on in years.

The researchers also found that our vocabularies continue increasing well into our 80s, rather than peaking in our 50s–60s as previously thought.

Royal insiders say that when it comes to gift-shopping the monarch is wont to do it herself rather than rely on her staff to pick out presents.

Writing in her book Lady in Waiting: My Extraordinary Life in the Shadow of the Crown Lady Anne Glenconner, explained the monarch is known to enjoy a spot of shopping.

She explained that during a royal tour to Sydney in 1975 with Princess Margaret, to whom she was Lady in Waiting, Australian diplomat Sir Roden Cutler VC was surprised at Margaret’s request to go shopping.

“I didn’t think the royal family went shopping,” he said, “I represent the Queen and I have never heard of her going shopping.”

“She recently went to Harrods to choose some Christmas presents. My mother is a Lady of the Bedchamber and she went with her.”

It is unclear whether the Queen is still a customer at the department store after its relationship with the royal family became wrought. 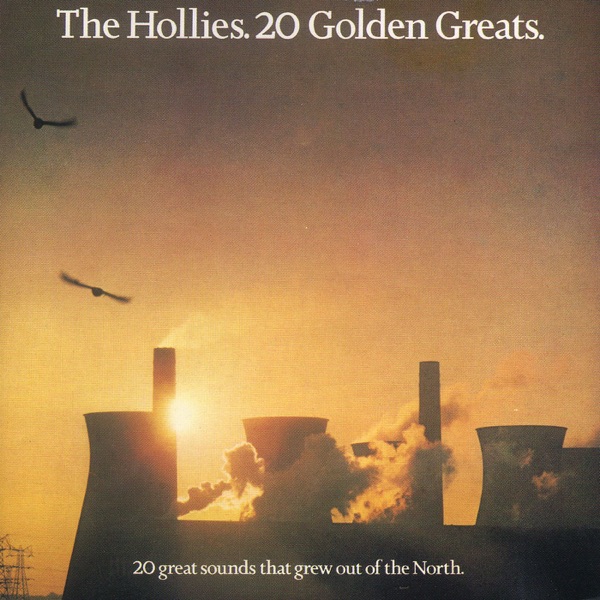 Steve Shaw playing Hollies - The Air That I Breathe